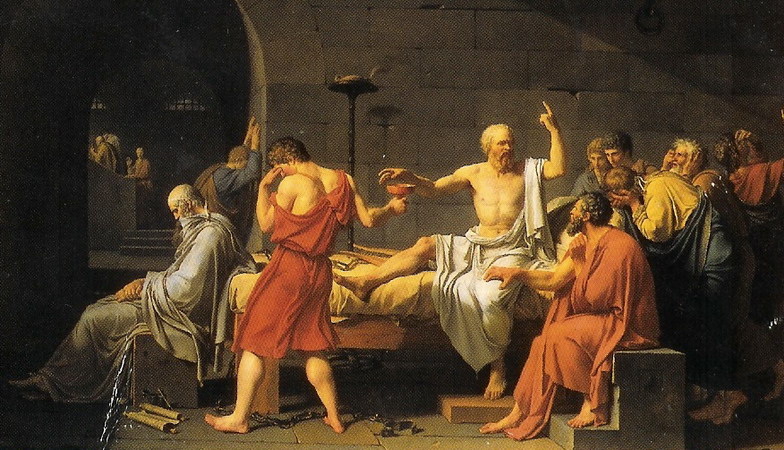 Democracy sentenced Socrates to death, appointed Hitler to lead the German people to prosperity, and kept the human slave trade legal in the United States for 71 years after George Washington took office. The fact that people do stupid things that harm themselves should teach us an important lesson: The greatest threat to Democracy is Democracy itself.

That’s a simple truth that our Founders understood, and tried to avoid. They created, instead, a Representative Republic. As the story goes, as Benjamin Franklin was leaving the Constitutional Convention a woman approached and asked him what kind of government the representatives had given us, he simply responded, “A republic, ma’am, if you can keep it.”

Many of those in the convention, including Mr. Franklin, had strong doubts about whether the new constitution would last… after all, this was their second go at it. The Articles of Confederation proved insufficient, and the cure for American stability was to inoculate itself with the very virus that it deemed most wretched: a strong national government. Side effects include the transfer of money and power from states to Washington, creating a breeding ground for high-level fraud and abuse.

In order to keep a leash on that monster, they made it responsive to “the people” so that bad apples would be thrown out through the purging mechanism of routine elections. But even so, it would be naive to think that “the people” will always act virtuously. People needed a leash as well. A severe problem is suddenly evident. Power must be given to government, which is made up by the people, and elected by the people, but there must be limits on what can be done through the government so that greedy and irresponsible actions are kept to a minimum.

This was the sole objective of the Constitution. Everything in it was designed with this conundrum flying in the face of the men who constructed it. Surely, they knew we would fight over it. Those who respect the limitations will fight for them, while those who see them as obstacles to justice will fight to remove them. As life goes, you win some and you lose some. The net result is that America has moved gradually away from those founding ideas, in spite of protests and a handful of victories. We are moving from a republic to a democracy.

If power corrupts and absolute power corrupts absolutely, then what does that say about democracy?  Lincoln’s description of America as a government “for, of and by the people” is quite beautiful until one considers what that actually means. Aren’t these the same people that have made America one of the most obese nations in the world? Aren’t these the people who recklessly spent their way into massive debt, and demanded high wages in the auto industry, causing major banks and automakers to collapse? And once the recession was in full-swing, weren’t these the same people who then demanded that tax money be raised from the middle and upper class and used to write bailout and stimulus checks to fix the problem they created?

Under the original design of the constitution, people would look primarily to their states to address public concerns. Today we look to Washington to fix our problems, and every demand translates into more money and more power for our Congress and President. And you can be sure that wherever money and power are, special interests will be also.

How do we reverse the trend of Washington getting fatter, and our individual liberties eroding before our eyes? The solution is much easier said than done: we have to pave our own road in life and take responsibility for our own decisions. That doesn’t sound so hard, but what it implies sounds utterly heartless. In order for Washington to shed some pounds, and for our great nation to reman strong and stable, we have to accept that individual failures will happen, and let them.

This doesn’t mean we stand by while someone suffers. True responsibility often means helping out a friend, family member or neighbor in need. Compassion is a virtue, but there is nothing morally righteous about forcing someone else’s hand. Human bonds are forged, and broken hearts repaired when real people get involved in the suffering of another. A government agent with a stack of paperwork is no substitute.

I don’t believe the American experiment has failed, yet. But unless Americans return to the rugged individualism of our past and embrace the virtues of personal responsibility and personal benevolence we will dissolve into a weak and ineffective nation. I fear to imagine what might follow.